The Red Wing Ironworks Motorbike Club official riding season has begun: a little late, but nevertheless underway. A short ride around the river that ended with Moto GP action at Sir Robert's and a pull on the best damn rest rye whiskey ever; Templeton. And Tim officially got the first "kill" of the season; a little birdy flew headlong into his BMW. Feathers everywhere; a truly ugly sight. 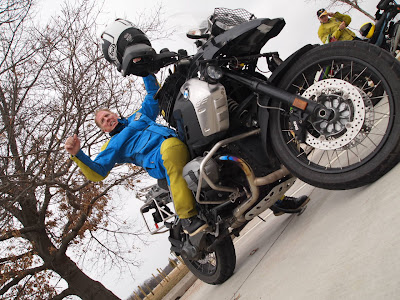 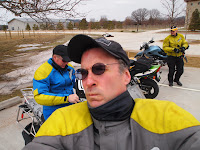