The scientific data just keeps-a-rolling in....

Even more evidence that motorcycle riding is good for you. According to Professor Fitbit, our ride yesterday from Red Wing to Minneapolis for the Ton-Up Spring Social was the equivalent of 17,078 steps; a climb of 140 floors and 3886 calories burned. Of course the 140 floor climb was attributed to the 10,968 foot-deep potholes we hit with our bikes; and the calories were offset by six bacon flights, a bag of pork rinds, 14 beers and three martinis that were consumed at the brew pub down the street. Where the 17,000-plus steps came in, I have no idea. 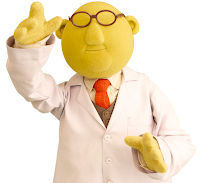