After a thousand miles of driving an under-powered Renault SUV and two flights, I'm back in Rio de Janeiro.

We stopped to get gas in the middle of nowhere earlier today and this guy, rolls up in black leathers on big ass Yamaha cruiser. Through our translator I learn this Brazilian rider started his journey in the US and rode down from California (he also mentioned something about going to Key West). Anyhow, we kinda chatted for a while, hugged and then went our separate ways.

He belongs to a club called Aubutres Brasil (Brazilian Vultures). He had all sorts of stickers on his bike, of course in Portuguese. The photo of his gas tank translates to, "The strong got it, the weak gave up, the cowards did not even try." He was bad ass.

The roads outside Rio de Janeiro are good motorcycling roads, if you have a bike with enough power to pass going up a hill. Nearly all the cars here have small engines, think 1.8 liter without a turbo. For me to pass another car or truck on a hill in my piece of crap Renault, I would downshift to third, push the pedal to floor and hope it could make the pass in 10 seconds. Neither the Renault or Fiat I drove had what you would call a "power band."

I was on a great 40 mile stretch of two-lane road today with no cars through the mountains. I haven't ridden Deal's Gap, but it would have to rival it.

There is a helmet law in Brazi so moto-taxi drivers carry a spare. In the smaller cities (150,000 or so), it wasn't usual to see barefoot riders, but they were wearing helmets. 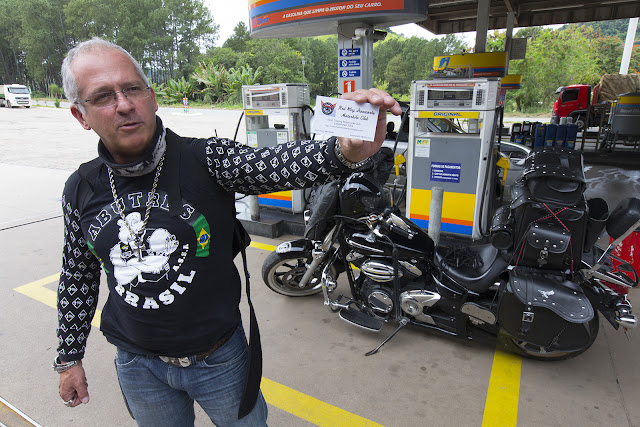 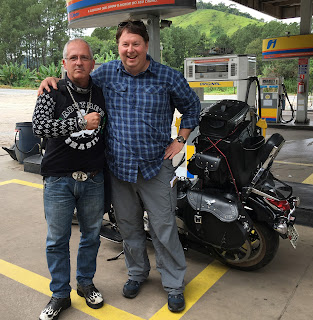 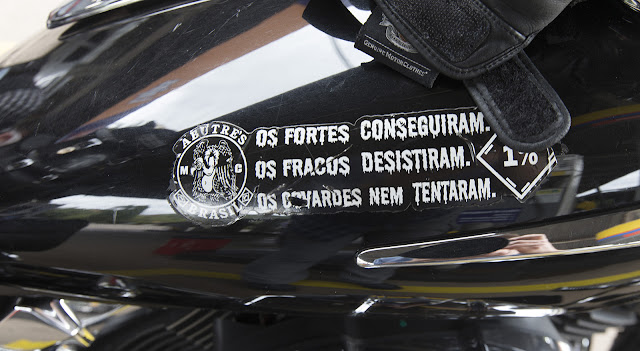 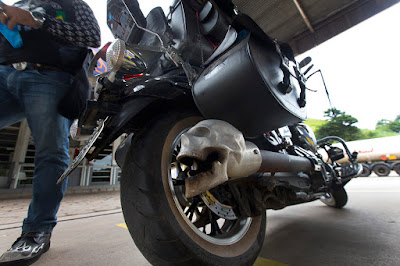