First up, this Saturday, March 10 is Motorcycle Movie Night at Christian's. I do believe the fun and games starts at 7 p.m. Could be the last one of the "winter" season. Good movies on tap.

Part Two: the boy would like to thank the Red Wing Ironworks Motorbike Club for the keen-o Red Wing Iron Ranger boots. His place in Mpls. went up in smoke and flames last week and he pretty much lost everything. Tim, an employee at Red Wing Shoe, led the charge in getting replacement foot wear. The boy's former boots  (along with everything else he owned) fell through the floor and burned up in the bathroom below where the fire started.  Thanks guys, you are the swellest bunch ever. 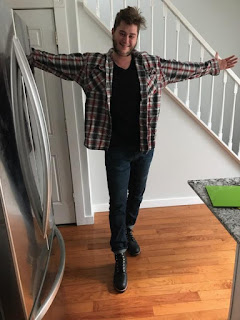 Next up: it's official, we have representation in St. Cloud. Some dude named Shawn on a Honda Africa Twin. He thinks it's cool to ride in the snow or something. Ha. 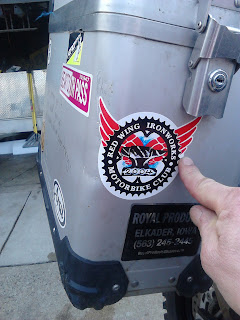 And lastly, three years of dirt down the drain. Washed a very grimey Roadcrafter yesterday. It's now shinny as a new penny. 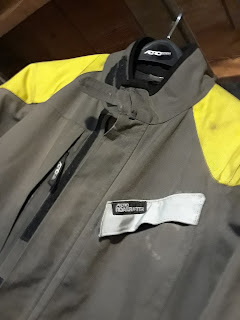